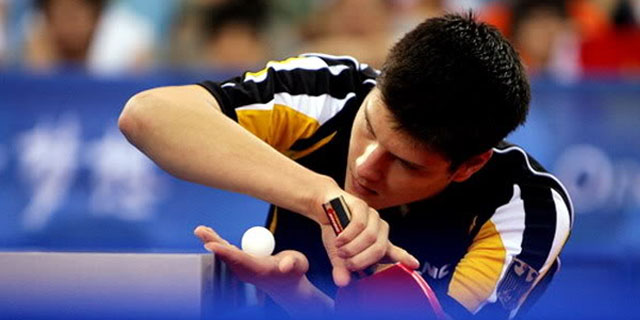 It is Table tennis, service is the stroke through which the goal begins and the ball is applied. Originally from this sport, the serve was only used to start the game and was generally a defensive peak. Today the game has changed dramatically and is abusive abusive blow, since the high competitiveness of this sport makes players want to win from the moment of service and if that is not possible, not to allow the opponent to take the initiative during the point of play.

The player who takes the service must always watch the ball

The opponent who is going to play the rest must look at the hand that the player will be serving and must not lose attention due to the movements made by the player, since they are made usually to conceal the type of service to be performed.

Depending on the height of the service, this is the height of the contact, since these are directly proportional. get low service try to lower the center of your gravity, and it is necessary to bend your knees. This simple technique will make attacking your services harder.

Strokes and other movements in table tennis

What is your favorite beat? Do you train him in any special way?