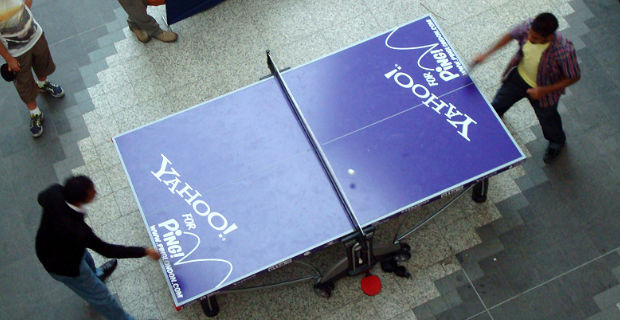 The IS Table tennis, O. Table tennis As it is commonly known, it is one of the most popular sports in the world and is widely practiced by young people all over the world. These young people do not realize while playing that they are training their brain with excellent exercise. This sport, coupled with motion mental benefits, also one of the safer sports.

It is not certain when table tennis was born, however, it is believed that British tennis players, in the late 19th century, created a type of mini-tennis to play indoors using a dining table and some woods in the shape of ping pong paddles.

Table tennis requires a precise coordination act quickly to bring the ball back. This coordination stimulates the cerebellum and parietal lobes. The intensity of the game requires full focus and large concentration follow the movement of the ball at high speed. In addition to stimulating the brain, table tennis helps relieve or enjoy stress with friends and family. By releasing endorphins when the ball is hit, it creates a feeling of satisfaction that helps alleviate depression.

Ping pong also helps physical flexibility. When hitting the ball hard, players have to stretch their arms, back, and even legs to hit those hardest balls. On the other hand, moving continuously from one side of the ping pong table to the other to hit the ball and send it to the opponent is a movement it helps burn fat more than you might think.

So now that you know, buy a ping pong table for yourself and surround yourself with your friends, think about that at the same time you enjoy playing ping pong, you will too stimulate the mind while playing.